Confessions is a book written by Augustine of Hippo that recounts his entire spiritual life from infancy to adulthood. He goes into extraordinary detail about his thoughts and is refreshingly honest about his sins and exhaustively detailed about his theology. It’s addressed to God, but his life and ideas can benefit all of us today.

Augustine was born in Africa in 354 and eventually became the archbishop of Hippo in Algeria. His mother was Monica, who was a devout Christian and who you may know as the Roman Catholic saint, St. Monica, or as a city in California. For the first part of the book, he describes his boyhood and adolescence. Augustine had an intense problem with sex. For all intents and purposes, he may have been a sex addict. But he’s really honest about it. Which doesn’t justify it, but…you know…

As a teenager, he dove into lust completely and wished someone at that time had intervened and stopped him by encouraging him to become a eunuch or to get married. But he confesses that “my family took no care to save me from ruin by marriage, for their sole care was that I should learn how to make a powerful speech and become a persuasive orator.”(Book II, chapter II).

When Augustine was 16, he really dove deep into his sin. He thought at the time that God was silent, but upon reflecting back, realized that God had been speaking through his mother, who was praying incessantly for his salvation and who warned him not to fornicate. But he didn’t listen and not only fornicated, but tried to outsin his friends. Him and his boys would sit around and brag about how bad they’d sinned and praise whoever had done the worst thing.

So for Augustine, he wasn’t sinning because of the pleasure of the sin itself, but for the praise he would get from sinning. He says, “among my friends, I was ashamed to be less shameless than they, when I heard them boasting of their disgraceful exploits–yes, and glorying all the more the worse their baseness was. What is worse, I took pleasure in such exploits, not for the pleasure’s sake only but mostly for praise.”(Book II, chapter III).

Later on, Augustine studied at Carthage and fell in love with philosophy. He was also professionally trained in rhetoric and would make his living by entering rhetoric contests, which he did mainly for the praise of people and not really for the love of speaking. His life at this point was motivated by vainglory and amassing the praise of others. He also had a mistress during this time who he didn’t really love because he never married her, and really was just consumed by lust for her. But he confesses that he was faithful to her.

Augustine also describes his reaction to his best friend’s death and is refreshingly honest about his grief during this time:

“I became a hard riddle to myself, and I asked my soul why she was so downcast and why this disquieted me so sorely. But she did not know how to answer me. And if I said, “Hope thou in God.”, she very properly disobeyed me, because that dearest friend she had lost was as an actual man, both truer and better than the imagined deity she was ordered to put her hope in. Nothing but tears were sweet to me and they took my friend’s place in my heart’s desire.”(Book III, chapter IV)

Later on, Augustine explains how he met a sect of people called the Manichaens and how he got swept up in their teachings. Manichaeism was the belief that there are two sides to reality: good and evil and that God created good and Satan created evil. Furthermore, the human spirit is good and created by God and the human body is evil and created by Satan. Even furthermore, Manichaens believed that humans weren’t responsible for the evil actions they did since they could all be blamed on our evil bodies and Satan overpowering us with evil impulses. 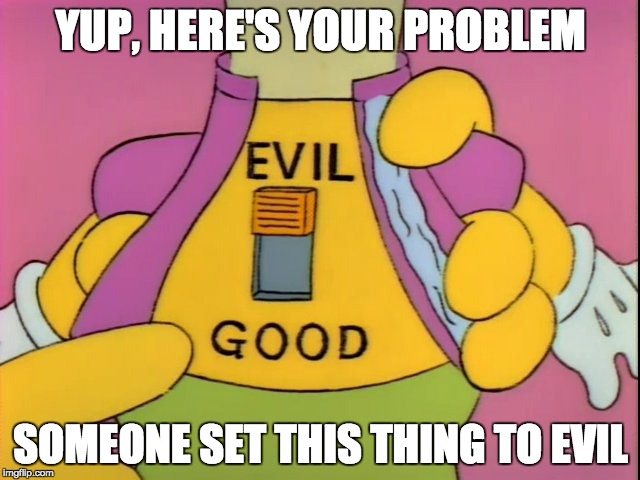 Nevertheless, Augustine got caught up in this and was devoutly devoted to them and their teachings. But he had a lot of questions and none of the Manichaens, not even the founder himself, Mani, could give him the answers he was looking for. Then he met a really famous Manichaen named Faustus who was apparently the Ravi Zacharias of Manichaeism and everyone told Augustine that Faustus would answer all his questions. But once he met Faustus, Faustus turned out to be really eloquent, but also really ignorant. And this is where Augustine drops this bar:

“Because a thing is eloquently expressed it should not be taken to be as necessarily true; nor because it is uttered with stammering lips should it be supposed false.” (Book V, Chapter VI).

So Augustine went on unsatisfied until he finally met Bishop Ambrose from Milan who was able to help him understand the Scriptures more.

But he still wasn’t saved yet.

Augustine took a mistress and had a son with her. But she eventually went back to Africa and left him with his son. He was pledged to be married to a woman in two years, but because he couldn’t resist lust, he took another mistress.

Augustine wrestled with the origin of evil at this time. He struggled with some troubling questions and asked himself: who created evil? If God is good, then why did He create evil? And if He did, why didn’t He convert it back to good after creating it? And why did He decide to create it after letting the universe go so long without evil? Another problem Augustine had was wondering if God had a body. He struggled with the concept of God being a spirit and thought that if God had a body, then this would limit Him and make Him not omnipotent or omnipresent.

Around this time, Augustine started really wrestling with whether or not he should give his life to Christ and really wanted to, but in the most honest prayer to God, he confessed,

“I had entreated chastity of thee and had prayed, “Grant me chastity and continence, but not yet.” For I was afraid lest thou shouldst hear me too soon, and too soon cure me of my disease of lust which I desired to have satisfied rather than extinguished.”(Book VIII, Chapter VII).

But this would all change very soon…

One day a friend named Ponticianus came to Augustine’s house and told him a story of St. Anthony’s life and how it had transformed him. As a result, Augustine was convicted and forced to think about his own life and why he hadn’t turned from his sins and to Christ. Then, going outside to deal with the emotional turmoil brewing inside, he heard the voice of a child say, “Pick it up, read it.”, which he interpreted to mean, “Read the Bible.” So he got one of Paul’s letters and read the first thing he found and gave his life to the Lord after a very emotional and tear-filled prayer.

After getting saved, Augustine turned on the very Manichean philosophy he had been so devoted to and devoted himself to destroying them with rigorous Christian logic.

For the rest of the book, he goes into impressive, but at times excruciating detail about his ideas of Christian philosophy.

For example, he dedicates 32 chapters to explaining what “God created the heavens and the earth.” means.

He also seems to have penned an infamous line we’re all familiar with, “For I am, I know, and I will.”(Book XIII, Chapter XI), thousands of years before Descartes would say, “I think, therefore I am.”

All in all, two things we can learn from Augustine’s Confessions are: think about what you believe and why you believe it and be honest about your struggles because God’s mercy is greater than your sin.