I’m the first child and have one younger brother. I remember growing up with my parents being strict about every aspect of my life: I could only wear black or white sneakers, couldn’t wear skinny jeans, couldn’t sleep over friends’ houses, and had to be home by 10 p.m.(all of this lasted throughout college, mind you). I couldn’t get away with anything and once got in trouble in first grade for borrowing a crayon from a kid. So you can imagine my horror when my little brother was born and not only defied these rules, but openly protested them. One time he even went so far as to say he didn’t want to eat my mother’s cooking. My first thought was, “First of all. What are you doing? You’re gonna get both of us grounded. Second of all, you’re gonna fight Mom and Dad over having Coco Puffs for dinner? Save that fight for something important like your first girlfriend.”

I was utterly confused by how this little person was so willing to risk life and limb over things I thought were insignificant. I wanted to teach him to hold his cards close to his chest and wait to throw down when it was absolutely necessary.

Before I move on, I want to clarify that what I’m about to say doesn’t apply to ALL white people. I’m specifically addressing my white readers who are feeling restless in the midst of this pandemic and are either already protesting or tempted to join the protestors. Before you do, please take a word of advice from a concerned older brother.

The argument that has piqued my interest has been the following:

So Mom and Dad have told us we have to follow some new rules or bad things will happen. My issue isn’t that these rules are unfair. Honestly, as the big brother, I’ve gotten used to Mom and Dad coming up with hard rules to follow. My issue is in seeing my younger siblings violently protesting these rules and demanding that Mom and Dad change their minds. According to my observations, MOST–but not all–of those protesting these rules have been white. Which has led to this unsettling observation: it seems that quarantine has revealed just how fragile white privilege is.

Before anyone gets offended, hear me out…

You have the right to protest for whatever you want. But when does the level of protest outweigh the thing being protested? We are being told to stay home to flatten the curve and save lives. Instead, people are not only defying this by protesting in crowds, but using conspiracy theories to justify their actions. Even in the event that Bill Gates is hatching a sinister plot to decimate half the population, it doesn’t change the fact that we were given rules to follow and certain groups of white people lost their minds. When a black person gets gunned down, no conspiracy theory is enough to convince some people that it was racism. But when the CDC says we need to stay indoors to literally save lives, all of a sudden, “the New World Order is upon us”. At the end of the day, black people lose their minds when something racist happens. White people seem to lose their minds when they get told what to do.

I’ve seen people driving up to nurses and screaming at them. I’ve seen people demanding to talk to managers because they’re not allowed in stores without masks. I’ve heard one conservative evangelical say that churches not being open during the pandemic is “the greatest assault on the church in American history.” Really? Not the Scopes Monkey Trial? Or taking prayer out of schools? Or when pastors were being sued for not performing gay weddings?

And it all reminds me of watching my little brother get upset that my parents set a curfew at midnight.

These social distancing rules are being villainized as violations of constitutional rights and therefore worthy of protest. But as a person of color, in light of slavery, the Trail of Tears, Japanese internment camps, police brutality, and violations we’ve experienced even recently, this reaction to social distancing rules feels like overkill. Corona has done many things to us, but in this sense, it’s exposed how fragile white privilege really is.

So to my white readers who are feeling restless, violated, and wanting to protest: I feel you. It hurts. It sucks. It’s not right. But I welcome you to our reality. We are in this together in more ways than you know. Our family is going through tough times and it’s hard on all of us. But please, don’t stand up and throw a tantrum. This is not the battle you want to die for. Sit down with the older siblings and let us teach you how to survive a family crisis. 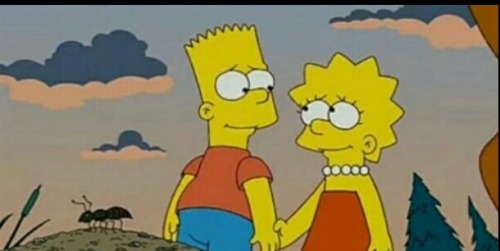 2 thoughts on “How Quarantine Has Exposed White Privilege”