I watched Creed II with my family on Thanksgiving and it blessed my life. I loved it as a movie all around for so many reasons: the heart-pumping boxing, the soundtrack, and of course the timeless Rocky legacy itself. But there was something in the movie that hit me like a wild left hook that I didn’t see coming and had me processing hours after we left the theater.

For any of you who haven’t seen the movie and have no idea what any of this is about, don’t worry. Here’s a brief, non-spoiler overview. Adonis Creed, played by Michael B. Jordan, is a professional boxer who’s father, Apollo Creed, was killed in a boxing match before he was born by a Russian boxer named Ivan Drago. In the movie, Ivan Drago’s son, Victor Drago, is now all grown up and challenges Adonis. So the two sons are now going head-to-head and Adonis gets his behind handed to him and gets hospitalized from the fight.

The question that Rocky tries to get Adonis to answer the whole movie is, “What are you fighting for?” And for the first half, he doesn’t know and this is ultimately why he gets beaten so badly. But then Adonis’ daughter is born and he brings her to the boxing gym one night, still depressed and defeated from the loss, and hasn’t touched a punching bag in weeks. But now, with Victor Drago’s threats still haunting him, and with his daughter now sitting and watching him, he starts punching the bag again little by little until he’s eventually punching and crying and screaming. Because now he knows what he’s fighting for.

And I lost it.

But I didn’t know why.

On one level it was because of the whole father/daughter dynamic that was adorable. But it wasn’t until I got home and was processing with my wife that I realized why this spoke to me so deeply.

I don’t know what I’m fighting for.

I know that God made me a writer and that I was created to show the world Christ through the stories that I write.

The Christian answer, of course, is “to give God glory”. And that’s correct. And it’s the answer behind all of our callings. But that’s not tangible. And that’s what frustrated me and made me realize the gaping hole inside of me.

As Christians we spiritualize so much to the point that we lose basic human touch with things. Yes, we do things for God’s glory, but if we don’t have a tangible, human, “why” attached to it, what will motivate us to push through when life knocks us down? Some ethereal understanding of a theological concept we’ve never seen before?

Even Jesus had something more than God’s glory to fight for. Hebrews says that “for the joy set before Him He endured the cross”(Heb. 12:2). Some preachers have taken that joy to be the church. If that’s true, then Jesus was able to literally imagine being with His disciples in Heaven one day. He could literally picture your face and my face while in the Garden of Gethsemane and think, “This is for them.” He had something tangible to hold onto.

But when we don’t have that and we use “God’s glory” as the catch-all motivator, it’s no wonder that we eventually burn out, lose heart, or get disillusioned. It may even be why many Christians settle for sub-par performances—because how can you ever know when you’ve successfully done something “for God’s glory”? There’s no tangible finish line. Which means eventually you can finish whenever you want.

Now, of course at the end of the day, our ultimate motivation as believers should be to glorify God. I’m not saying that it shouldn’t be. That’s what it all comes back to. But we can see more clearly how this isn’t enough motivation by looking at marriage. Ultimately the reason a husband loves his wife is because God tells him to. But that’s not what he tells her. And it’s also not what gets him up in the morning or gets him through their arguments. He loves his wife because of his own relationship with her. There’s a human-to-human motivation there. And that’s what I think is sometimes missing when it comes to us as believers pursuing what God has called us to.

So why do you do what you do? What are you fighting for? Who are you fighting for? Survival? Your father’s approval? To prove someone wrong? To give your children something to be proud of? To keep a promise to a dying loved one? If you don’t know, dig deep until you find it. So that when life breaks your ribs and knocks you down, you know why you have to get back up. 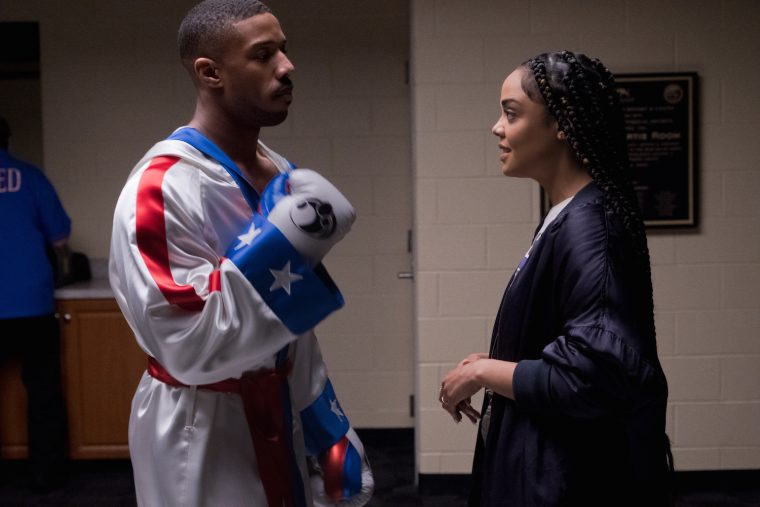