I believe that at the end of the day, men and women seem to need one thing from each other. Women need worth and men need belief. Let me unpack what I mean… 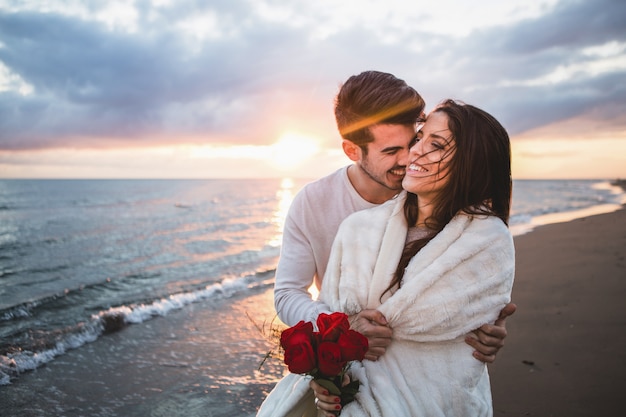 A woman needs to know that her man thinks she’s worth being with. This is why quality time is so important and why something as small as a text or a random drop in to say hello can pay emotional dividends. It also seems to be why why she’ll ask him his opinion on her outfits—she wants to know that she’s beautiful and beauty is tied to worth. It’s also one of the reasons why pornography is so destructive to a woman’s psyche–because it makes her feel like she’s not worth as much as these women her husband is looking at instead.

The worst thing a man can say to a woman in a relationship, therefore, is, “You’re ugly. You’re not worth it. I don’t want you.” What she needs to hear instead on a regular basis is, “You’re beautiful. You’re worth it. And I will always want you.”

And God seems to know this. It’s why He calls the church His bride and throughout Scripture tells us that we’re “altogether beautiful”, that “there’s no flaw in you”, and that His goal is to present us “holy and blameless” before the Father.

On the flip side, men don’t seem to need worth as much as women do. Instead, what a man needs from a woman is trust. This isn’t to say that women don’t need trust, it just seems that between worth and trust, men seem to respond more to trust in the following way more than women do. Deep down, what many men want is to know that the woman believes in them. If she believes in him, it’s because she trusts him. The worst thing a woman can say to a man is, “I don’t trust you. I can’t rely on you. You don’t have what it takes.” If the man is genuinely incompetent or unsafe, then this needs to be said and the woman should leave. But assuming he’s a good man and the woman is just angry, these are atomic bombs to his soul. Instead, what the man needs to hear on a regular basis is, “I trust you. I’ll follow you. You have what it takes to lead me.”

And God knows this too. So throughout Scripture, the one thing He constantly asks of us is to “believe in Him”, to “trust in the LORD”, and to “have faith”.