I believe that men see friends the same way that women see clothes.

When a woman is about to go out with friends, she opens her closet to an array of various outfits from pants, skirts, dresses, and gowns. There are different levels of fashion. But a guy’s closet is basically pants and dress pants. There aren’t that many levels. I believe things are reversed when it comes to friendships.

With women, there seem to be mainly two options when it comes to their interactions with men: just friends or more than friends. With men, however, there seem to be pants, skirts, dresses, and gowns in our closet of friends. And because we have these levels of friendship that women don’t seem to have, this causes a whole bunch of confusion. So here are just a few levels that I believe men have when it comes to our friendships with women.

This is the girl that the guy literally considers another guy. He’ll invite her over to watch the Super Bowl with the guys, to play video games, to go paint balling, and all other kinds of “guy” things. In his mind, she’s literally just a guy with a lot of estrogen.

This level can branch into 3 directions: big sister, little sister, and twin sister. Regardless of which direction it goes in, however, the common denominator is a solid respect and familiarity. This is the girl that the guy connects with in such a cool way that he genuinely wishes they were family. He’ll support her, look out for her, tease her, and even embarrass her—just like he would to his actual sister. 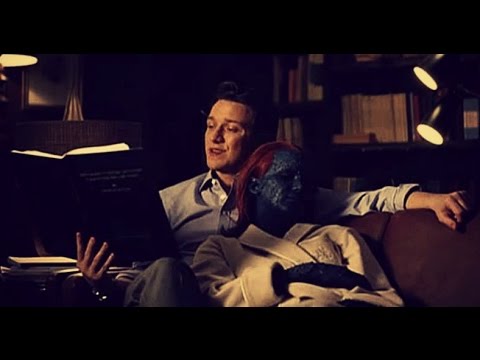 Now here’s the thing: none of these levels are necessarily romantic. Furthermore, there’s no real progression to them. So the homegirl doesn’t have to become a sister before becoming a best friend or vice versa. The levels are fluid. So a sister can go from being homegirl then to best friend then back to sister again. And a homegirl can suddenly become a girlfriend without becoming a sister or a best friend. The levels aren’t connected. The main point, though, is that these are all different levels between just friends and girlfriend.

But because women don’t seem to have these levels, when a woman finds out that she’s the homegirl, she’ll ask the inevitable question: “What are we?” And the guy will say, “You’re the homie.”
And she’ll be confused and think, “But I feel like we’re more than friends.”
“Exactly,” he’ll say. “What’s the problem?”

And this doesn’t compute because the woman doesn’t have those levels.
It’s like a woman telling a guy to wear “something nice” to a graduation party, but it shouldn’t be casual or dressy. Unless he happens to be really fashion savvy, he probably doesn’t have many options in his head. And he’ll most likely have much less outfits in his closet to choose from than his female friend will.

That being said, I’m NOT saying that this gives men the right to play with women’s emotions and juggle multiple women and just say, “Well you’re the homegirl. And you’re the sister.”
Some women dress inappropriately and come into class in mini-skirts or to job interviews with see-through blouses and say that they’re not looking for attention. But their mouth is saying one thing and their clothes are saying another. In the same way, some guys are just socially promiscuous and they’re saying one thing, but their actions are saying another. That’s not what I’m focusing on. That’s unfair, irresponsible, and shouldn’t happen any more than women preaching in fishnet stockings and stilettos.

On the other hand, you also have the Felicity Smoaks of the world, who seem to own only one kind of outfit. These are the women who will go to McDonald’s with friends in the middle of December in skirts. And their friends are like, “You’re not even Pentecostal. Why don’t you have pants?” They’re not looking for attention, they just don’t seem to know how to dress down and be casual. In the same way, there are some guys who are always overly friendly and don’t seem to know how to dial it back and act normal with women. They’re not being flirtacious, they’re just not always aware of when it’s appropriate to act this way or that way. I’ve been in this boat.

But regardless, whether a guy is being socially promiscuous or just being naive, the fact of the matter is that there are levels of friendship that women don’t always seem to be aware of.

And because of this, I have some words to the men.

Be mindful of how you interact with your female friends. Things that you think are okay may not be okay for them. You think you’re making it clear that you’re just friends, but they don’t see it that way because they don’t see friends the same way you do. I’m a huge hugger and I used to hug and spin little sisters around all the time. Until I discovered that that sent a wildly different message than what I’d been intending. So I stopped. You might not be spinning girls around, but you may be doing other things you think are innocent i.e. talking every night way past midnight, spending copious amounts of time alone together, giving her pet names etc. This is all social cleavage that you keep flashing in her face. You can’t do things like this and expect her to think that you guys are still “just friends”.

But I also have some words for the women. I hate hearing people blame women for making guys stumble from the way they dress. Yes, some women need to stop dressing so provocatively. But at some point, men need to control themselves and learn to say to themselves, “Those are nice boobs. But they’re not my boobs. So I won’t fantasize about this.” In the same way, however, I believe women should have the same level of self-control when it comes to friendships. If a guy is really good to you, you don’t have to assume that he’s into you. You could say, “He’s a good man. But he’s not my man. So I won’t fantasize about this.” Yes, sometimes guys send mixed signals and are socially stupid and dull. But oftentimes, guys really, really are just trying to be friends, but we don’t communicate that well because we don’t realize that our closet of friendship looks different than yours. You know that just because your dress looks fly, doesn’t mean that you want attention from a guy. Likewise, just because a guy is good to you, doesn’t mean that he’s into you.

But I could be completely wrong about all of this. I could be sewing together dress, skirt, and gown friends that no one else is wearing. Either way, let me know what you think.