This is a follow-up to my previous post on Get Out. If you haven’t read that one, I recommend reading it before or after this.

I have a theory about what’s happening to race in America.

But in order to explain that theory, I need to explain another theory.

I believe that gender and race are reflections of each other. So whatever a society does to gender it will also do to race. To test this theory and to show what I believe is happening to race in America, let’s take a walk down history lane…

In the 1800’s, women were second-class citizens, couldn’t vote, and couldn’t own property. Then, in 1920 as the feminist movement rose to a climax, the 19th amendment was passed and women gained the right to vote and became more or less equal to men(emphasis on the less). Fast forward to the second wave of the feminist movement in the 1960’s and women have been working in factories and everyone discovers that women can work hard like men too. So the motto of the era becomes: “Anything you can do I can do too.”

Similarly, in the 1800’s, blacks were also second-class citizens, couldn’t vote, own land, and were considered property. But one Emancipation and 3 assassinations later, blacks had gained the right to vote, were no longer slaves, and became more or less equal to whites.

But as Newton says, objects in motion tend to stay in motion. So not only did women have a more or less equal status to men(again, emphasis on the less), but at some point, equality of women started being pursued at the expense of men. Enter hyper-feminism where the motto is: “Anything you can do I can do better.” Here it wasn’t enough that women should be viewed as equal to men, but superior to them. So women didn’t just want to do what men did, they wanted men to get out the way because men were stupid, dull-witted, muscle brains who were incapable of thinking about anything other than sex.(Of course not all women believed this and this view is limited to hyper-feminists—but follow with me, we’re going somewhere…)

And during this time, anything that men said or did to help women was scrutinized. So a guy could no longer suggest that a man should lead a woman without being accused of being a sexist. So men all over were shying away from the scene because they didn’t want to sound like misogynistic villains.

In the same way, as blacks gained a comfortable position in society next to whites, eventually we started realizing that black culture is pretty cool. And enter the likes of Langston Hughes, Stevie Wonder, the Jackson Five, and basically every black athlete ever after the 60’s and we’re basking in the awesomeness that is black culture. And then whenever white people would whisper, “Hey, we’re cool too.” We’d be like, “Shut up! We were slaves!” So just like men, white people were racially emasculated and weren’t allowed to say anything about race without the risk of sounding racist. 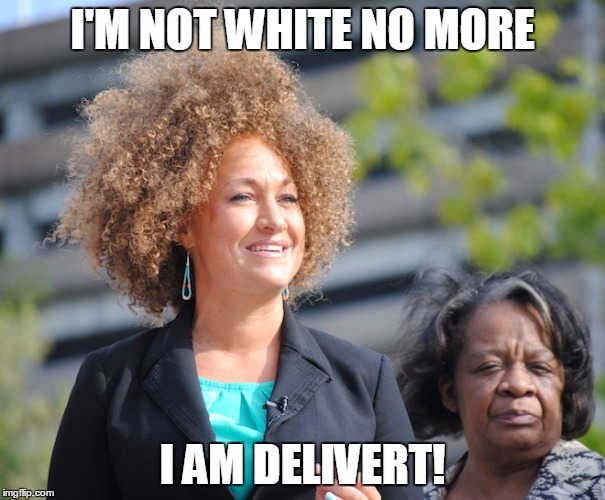 But again, God forbid things should end there. After the castration of men, we gave a shout to Will Byers as even stranger things started happening. Gone were the days where women wanted to be women and here are the days where women are claiming to be men. Enter transexuality. And now the lines between genders are blurred, crossed out or altogether eliminated. So not only do you have women being with women and men being with men, but you have women claiming to be men living in women’s bodies and men claiming to be women living in men’s bodies.

(This isn’t an attempt to make a judgment call on the LGBT community. I’m simply using an observation as a parallel to illustrate a point.)

And this is where you have the right to disregard everything I say and call me crazy. I think the same thing is happening to race. Racism may still exist, but it’s so yesterday. No longer is it enough to simply say that black people are inferior and need to be gunned down in the streets. Now we’re saying that black people are inferior, but we want their culture. And this, my friends, is cultural appropriation.

I think this is much more dangerous than racism because it kills two birds with one stone. Racism just says, “You’re inferior to me. Nothing about you matters.” Cultural appropriation tells black people, “You’re inferior. But your culture is great. I’ll take it from you.” Then it turns around to white people and says, “You’re superior, but your culture is boring. Take this culture instead.”

(And what if this is what Get Out was actually trying to tell us…?)

And herein lies the genius of the tactic…

It’s so easy for us to camp on an extreme of an issue. So saying that black lives matter means that white lives don’t. Or making America great again means getting rid of the not-so-great immigrants. We seem incapable of having any conversation in the middle ground. So if I say it seems that white people are secretly getting racially castrated while everyone’s focused on racism against blacks, everyone loses their minds.

I believe cultural appropriation is more destructive than racism. But there are 2 things that need to happen to keep it alive: black people need to be degraded and white culture has to be degraded.

-As funny as it has been, making jokes about white food, white music, white dancing etc. not being as good as their black counterparts just increases the divide between blacks and whites. Yes blacks have been enslaved and being slaves was worse than being roasted. But disparaging the culture of our white brothers and sisters is just setting them up to go through the same thing we went through but this time with a psychological noose.

-If you have black friends, don’t try to “be black” around them. If you see me and want to say hey, don’t dap me up. Just shake my hand. Don’t feel the need to be “hip” or “cool” by trying to do a fancy hand initiation with us. I don’t flip my hair or switch my hips when I’m talking to women because that would be weird. It’s just as weird when white people try to act black around us. Just be yourself and don’t apologize for your whiteness.

In conclusion, yes blacks have been oppressed. But the solution is not more oppression in different forms, however subtle. The solution is for us to be able to embrace our own culture without degrading another person’s culture. When black people can be proud of being black and white people can be proud of being white without apologizing for their blackness or their whiteness, then we can all catch a glimpse of what God said in the beginning when He created culture and say with Him: “This is good.”

And here’s the final morsel of this food for thought…

We already know what our society looks like when black culture is being destroyed: a.k.a. slavery. What will it look like when white culture is destroyed? That, my friends, is what I believe is the trojan horse.